Mom on a Mission

Martha Robinson is a mother to three, now adult, children who have diagnosed learning disabilities. “My son’s kindergarten teacher expressed concern about his lack of progress in reading. That was the day my life shifted, although as with most things, I did not know it at the time.” Her son is dyslexic (a learning disability involving decoding, reading rate and spelling skills). Martha explains, “He was tested, thanks to that vigilant teacher, during the summer after his kindergarten year. Testing revealed, even at that early age, a clear discrepancy between his cognitive skills and aspects of achievement. No doubt. But, as a parent these numbers were meaningless to me. I had to rely exclusively on the advice of others.” It was eventually revealed to Martha that her other children had learning differences as well. “In those years I learned much through the hard knocks of parenting children with learning differences.” Martha reflects. “From that point on, although I had not planned it, my life work has been in the field of Special Education.”

Due to a transition in her husband’s career, Martha’s family moved to another town where they met Phyllis Hutson, a specialist in the Orton-Gillingham approach to instruction. Phyllis tutored Martha’s children and eventually became Martha’s mentor. With Phyllis’s help, Martha began tutoring as well, and mentored others. Eventually Martha’s work lead to directing a learning center (which she ran for 7 years) and co-founding a school for children with language based learning differences , but Martha wanted to do more. “I decided to return to school. I was admitted into the School Psychology program at Ball State University. Really I did not know what I was getting myself into, but I knew I wanted more formal education.”

Help raise awareness of the Sounds First Reading System by liking our page, and please like, comment and share our posts. Engaging with our page helps us get seen on Facebook, which will benefit us greatly when we launch our upcoming campaign to make Sounds First available to the public.

Do YOU Need a Reading Tutor? Use Sounds First!

Contribute your words to the Sounds First book!

Sounds First collaborates with TeachKind for this FREE book

Mom on a Mission 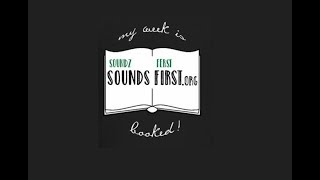 This code serves as an aid

to learn how to read words.

Once the word is known,

the aid is no longer needed.